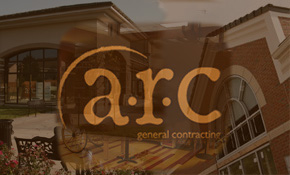 Have you heard the one about the residential realtor, the commercial realtor and the general contractor at a business networking event?

The residential realtor says to the commercial realtor, “When are you going let me sell you a house? “

The commercial Realtor says, “Not until you figure out how to sell mine.”

This is a true story from October of 2009 Chamber function. It’s not funny like those priest, rabbi and Baptist minister stories. No, there’s been little to laugh about in the real estate and construction industry for the past 18 months.

So why is general contractor Gerry Crawley upbeat? His company, ARC General Contracting, currently has 19 jobs in progress and he declared “The recession is over” on March 6 while his business was at a low point that paralleled most of the construction industry.

“When the whole world went off its axis, nobody knew what the fallout was,” Crawley said. “You get immobilized by fear. It makes you reactionary.”

What’s more, employees can smell fear and then they become immobilized according to Crawley. They worry about what is going to happen.

Soon, however, he realized during last year’s decline that he was not facing a business crisis but rather a crisis of faith. Even though ARC was listed as a Top 25 General Contractor in the Kansas City Business Journal he began to question how good they really were.

He surmises that the economy caused every entrepreneur to do that kind of soul searching and begin to understand that the ground rules have changed.

“You can bury your head in the sand or make a commitment to change,” Crawley says.

He cited Dan Lowe of RED Development as saying, “This is the time to make relationships.”

For Crawley, change began when he brought in a business coach named Caroline Smith. She helped Crawley examine who ARC was as a business which led to a one-page strategic business plan that he refers to regularly. This streamlined document made the company’s objectives more clear. He now shares the Plan and the company’s financial results at least quarterly with all of his employees. That diminishes fear and builds trust.

“You work to build trust,” Crawley said. “It’s hard to make a profit without it.”

“Once we decided not fail, things got better,” he said. “We kept people working and that’s something good.”

Crawley has a business philosophy that has become the company’s motto: “Service Over Self-Interest.”

“Whatever we do, I’m simply a steward of the client’s money,” he says. “We’re just like a big ATM machine.”

Now that’s a funny line. It’s easier to laugh when your company is stronger. Crawley has discovered that. And ARC is stronger.

Interview was conducted by Jay Liebenguth

While pundits and experts are churning out a plethora of books analyzing the causes of the 2008 economic crisis, it’s refreshing to find a practical book that provides some good thinking on how to manage for success in crisis situations. In his new book, “7 Lessons for Leading in Crisis,” Harvard Business School Professor and[Continue Reading]

At all levels of government and at most dinner tables, the high cost of energy and the options possible from the renewable sources of solar and wind are familiar conversations.  The change in recent years, however, is those conversations have become increasingly the focus of policy and action, not just topics conjecture and speculation.

You and I fret over how to balance our investment dollars in a SEP or an IRA. Meanwhile, Robert P. Smith has his bags packed for Damascus, Syria to measure that country’s investment potential. That’s why he is portrayed as the “Indiana Jones” of international finance. “Give me a country that is at war because[Continue Reading]

Even during the best of times, small businesses in America represent the majority of all new U.S. job growth.  In fact according to the Small Business Administration, most net job loss occurs within firms that are greater than 500 employees. In a recent Fox News Sunday interview, Steve Odland, Chairman and CEO Office Depot, told[Continue Reading]